Zelegent was incorporated January 7, 2015 as Snorx, Inc. It was born of the brainstorm of two snoring pathology and treatment specialists: Dr. David Volpi, a New York City snoring specialist and founder of eos sleep, and Dr. Yosef Krespi, the Director of the Center for Sleep Disorders, and the NYHNI Professor of Clinical Otolaryngology at Columbia University. They had dreamed up a novel tool: one that would allow sleep specialist otolaryngologists to perform a simple, elegant, office-based interventional procedure that alleviates the airway obstructive symptoms of snoring. It would do this by acting on the soft palate, the anatomic cause of most snoring, rather than the base of the tongue. They called their creation “Snorx.”

The year before incorporating (in 2014), Dr. Krespi began treating patients under a non-significant risk, single-center clinical trial protocol in his office in New York. He used a prototyping company to machine-mill the delivery tool, and he used off-the-shelf resorbable barbed sutures. In December 2014, Dr. Krespi read in a press release that the former President and COO of dental laser manufacturer Biolase, Inc., Alexander Arrow, was leaving after having managed the company through a turnaround and brought in a new management team. What Dr. Arrow immediately saw in Drs. Krespi’s and Volpi’s Snorx was an alternative to the unpopular or ineffective snoring interventions available today, because it avoided the three main limitations of snoring interventions: that they either (a) require a patient to wear something in their mouth at night, or (b) involve painful surgery, or (c) work by moving the base of the tongue forward, which misses the anatomic cause of most snoring. It took only about a week of due diligence for Dr. Arrow to be convinced to join the new company as CEO, incorporated as Snorx, Inc. in January 2015.

Dr. Arrow set about to build Snorx, Inc. into a significant and valuable commercial enterprise. He began by screening and interviewing prospective component suppliers for the proprietary curved needle and handle, the novel implantable resorbable palate suspension implant, and kitting and packaging. He recruited a seasoned and broadly-experienced regulatory executive, David Humbert, to be the new company’s VP of Regulatory and Clinical Affairs. He began recruiting a Clinical Advisory Board.

By February 2015, Dr. Krespi had performed what was then called “the Snorx procedure” in some 28 patients in the New York Head and Neck Institute (NYHNI) with encouraging initial results.

In March 2015, institutional investors began to take notice about the progress the company was making toward what is arguably the largest opportunity in the ENT space, and investment discussions began. Vendor planning and selection intensified. The company’s quality system and Standard Operating Procedures (SOPs) began to take shape.

In April 2015, the company received word that it had been accepted into the elite EvoNexus technology company incubator in Irvine, California. Dr. Arrow moved the company into its new office space on May 8th. The new higher-profile of the company attracted more attention, including from noted branding expert Dean Del Sesto of Breviti to Snorx, which lead to an engagement to re-name the product, and along with it, the company. This lead to the re-naming of Snorx, Inc. into Zelegent, Inc. on May 12, 2015, with the name Snorx being permanently retired. Zelegent’s “z” beginning is reminiscent of sleep, it rhymes with intelligent and sounds somewhat like elegant, and the “ent” at the end is a salute to the clinical specialty for whom the company’s products are designed. This process also yielded the name for the procedure, Elevoplasty™, and the company’s main product, the Elevo™ Kit.

Also in April, Dr. Arrow succeeded in recruiting a new VP of Engineering, Joe Paraschac, who might be the only engineer in the world with a deep background in all three of the most important fields for the development and refinement of Zelegent’s lead product: Suture Handling, Needle Design, and surgical treatment of Sleep Disorders. Joe is the inventor of 30 issued medical device patents, including 12 in the field of sleep apnea and one related to suture handling. He is simply meant to be part of Zelegent. Within a month, Joe had re-designed the Elevo™ suturing needle handle, and created a pairing in the shape of the curved needle and the suture implant that is still the basis for the shapes of the needle and suture implant we use today.

In May, using the elevated exposure of EvoNexus, Zelegent completed the five-month process of recruiting a “dream team” of advisors for its Clinical Advisory Board. The five sleep disorder specialists, Drs. Peter Catalano, Michael Friedman, Boyd Gillespie, Sam Mickelson, and Tucker Woodson, constitute some of the most influential practitioners in the field. Most of them are past presidents of the sleep disorders subcommittee of the American Association of Otolaryngology. Zelegent is fortunate to be guided by these thought leaders of the field in matters relating to clinical development and physician preferences.

In June 2015, the company unveiled its single-center pilot clinical trial results at the 3rd Congress of European Otorhinolaryngology and Head and Neck Surgery (ORL-HNS) in Prague, Czech Republic. Dr. Krespi gave the presentation, which included post-op and 4-6-month follow up results for the first 20 of the 45 subjects treated for snoring with the prototype version of the device. The endpoints included improvements in quality of life, sleep quality, and the elimination of snoring.

In July 2015, Zelegent was in receipt of three term sheets from entities interested in leading a Series A equity financing. It selected Alphaeon Corporation as its lead Series A investor. The $2.5 million financing closed in November 2015. In additional to Alphaeon, 11 individuals invested in the round, nine of whom are practicing otolaryngologists. The company viewed it as an encouraging sign, of course, that those who could be future customers were confident enough in the business to invest in the company. Owing to its founders and to these new roots in the otolaryngology community, after the financing closed the company was nearly half-owned (47%) by practicing ENT physicians.

Also in November 2015, the company recruited a talented and experienced implantable medical device engineer, Rick Lilly to be its director of engineering. Rick was hand-picked by Joe Paraschac to be his successor.

With funding in hand, the immediate goal was to transform the conceptual drawings of the Elevo™ suture, and the Elevo™ suturing needle/delivery device into a fully realized product contained in an easy-to-use kit.

The first half of 2016 was a period of intense product design and supplier recruitment. The design requirement for the Elevo™ suture implant required that it be injection molded from polydioxanone rather than extruded through an aperture, the way most commercial resorbable suture is made. So Zelegent recruited, selected, and secured agreements with a suture implant mold maker and resorbable material injection molder, a stainless steel needle manufacturer, an ABS polymer mold maker and injection molder (for the Elevo™ suturing needle handle), a packaging card designer and manufacturer, and of course, a sterilizer, cleanroom assembly firm, and a distribution center. The company interviewed, selected, and inked agreements with all these key partners in the first half of 2016. 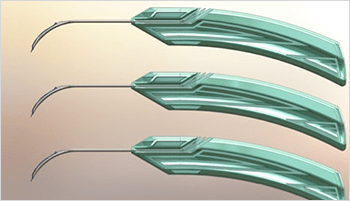 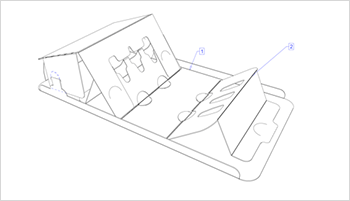 This required a holding card that could both (a) protect the suture implants from damage during transit, and (b) serve as a procedure tray once opened. 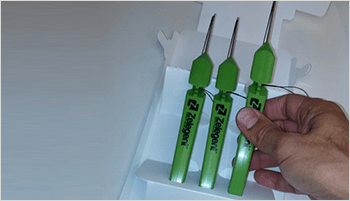 The procedure tray function of the kit card makes it easy to lift each pre-loaded suturing needle out of the tray when the physician is ready to use it. 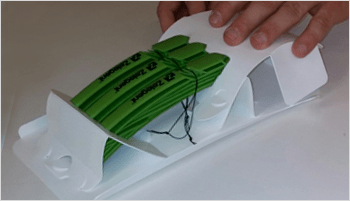 The front of the Elevo™ Kit card was designed to protect the Elevo™ suture implants. 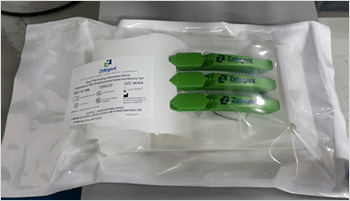 A fully-assembled and packaged Elevo™ Kit, ready for sterilization.

The rate-limited step in collecting all the components to begin assembly of Elevo™ Kits turned out to be the supply of polydioxanone. Medical grade polydioxanone is synthesized on a commercial basis by only one company in the world, and they were back-ordered until July. When 10 kg of the material arrived in July, it was run through the Elevo™ steel molds and created our first batch of Elevo™ suture implants.

Once the first batch of all the components arrived at the company’s assembly and packaging partner in August 2016, the kits were assembled and sent to our key clinical stakeholders for feedback. This feedback process led to a needle and implant re-design in September 2016, and a design-build-test loop that was accomplished in an impressively swift three months. In December 2016 and January 2017, a new batch of some 200 Elevo™ Kits were assembled, packaged, and sterilized, ready to be sent to the eight IRB-approved investigational clinical centers in the S.I.LE.N.C.E. trial.

In parallel, while Alex Arrow and Rick Lilly had been designing, re-designing, and building the Elevo™ Kit in 2016, Alex and David Humbert had been recruiting clinical centers to participate in the S.I.LE.N.C.E. trial. The goal was to secure agreements with 4-6 centers across the country, with an approximate even mix of academic institutions and private practice. By the fall of 2016, the company was in the fortunate position of having more interest from clinical centers than it could accommodate in its trial, and ended up selecting the eight listed on the S.I.LE.N.C.E. trial page.

Five of these centers relied on their own institutional review boards (IRBs): Medical University of South Carolina in Charleston, St. Elizabeth’s in Boston, University of Tennessee in Memphis, Cedars-Sinai in Los Angeles, and the Tibor Rubin Long Beach VA in Long Beach. Certain aspects of the S.I.LE.N.C.E. trial gave the IRBs pause for thought, which prolonged the approval process. Eventually, the trial protocol was approved by all the IRBs as well as the nation-side highly-respected Western IRB, which cleared Zelegent to begin training the clinicians and staff involved in the trial, conducting site initiation visits, and then shipping sterile Elevo™ Kits to each center. This process occupied the winter of 2016-2017, with the first two patients being enrolled in the S.I.LE.N.C.E. trial on March 10, 2017.

From March through September 2017, seven of the eight S.I.LE.N.C.E. centers enrolled patients in the trial. Although S.I.LE.N.C.E. is a non-significant risk trial, to qualify as participants, patients and patients’ bed partners were required to commit to specific follow-up data entry.

Each enrolled patient and his/her bed partner were required to cooperate with six months of follow-up testing including four home sleep study tests for the patient, and four sets of online surveys for both of them, in order to obtain measurements of the safety and effectiveness of the Elevoplasty™ procedure. The top-enroller and principal investigator of the trial was Dr. Michael Friedman, of ChicagoENT in Chicago.

After the final Elevoplasty enrollment in the SILENCE trial on September 29, the rest of 2017 was consumed with patient outcomes data collection. The Company began discussion with representatives of Cook Medical, Inc. about a mutually-beneficial partnership in which the Zelegent Elevo Snoring Intervention Set could become the centerpiece of the growth strategy for Cook’s ENT division.

The Company rang in 2018 with the SILENCE trial outcomes data collection phase in high-gear. It was a race to collect enough patient outcomes 1-month, 3-month, and 6-month data to minimize the lost-to-follow-up rate and present the most complete data set for the FDA submission. 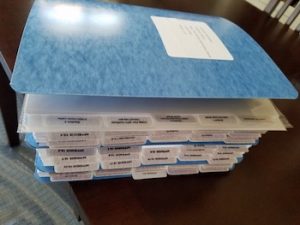 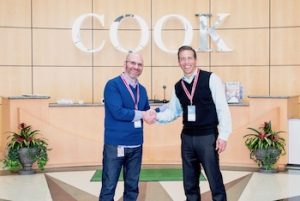 The still-young company completed its final 6-month patient follow-up data collection in April 2018, and submitted it 510(k) application to the FDA that same month.

In May 2018, Zelegent moved its headquarters from Irvine to La Jolla, California as a clinical trial stage medical device specification developer and manufacturer.

Just before the final day of the year, the Company inked a partnership with Cook Medical, in which the medical technology giant (Cook has 13,000 employees worldwide and sells into over 140 countries) would handle all sales & marketing of the Elevo Set. 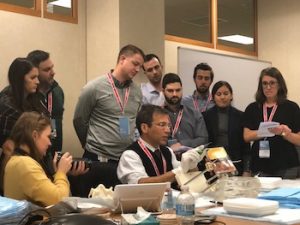 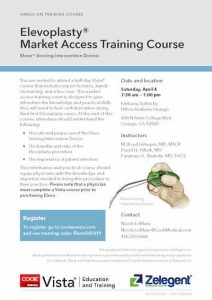 Zelegent began 2019 with a pair of major milestones at its back: (1) the FDA 510(k) clearance of the Elevo Set and (2) the worldwide sales & marketing partnership with Cook Medical, Inc. On January 31, the Cook U.S. ENT sales team underwent Elevoplasty training.

Along with the sales force training, Zelegent generated its first revenue as Cook purchased Elevo Sets Cook bought from Zelegent for the event. Cook then began a series of U.S. Elevoplasty physician training sessions, the first one in Anaheim, California on April 6, 2019.