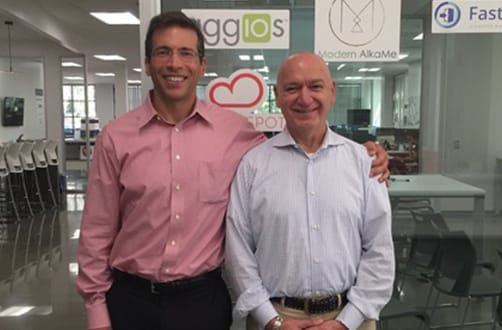 IRVINE, CA (June 2, 2015) – Zelegent, Inc. (formerly Snorx, Inc.), announced today that five of the foremost experts in sleep disorder therapy have joined its clinical advisory board, the company has joined the EvoNexus incubator program, and the company plans to present results from its first clinical trial next week. The company is developing a surgical tool that allows otolaryngologist (ENT) sleep specialists to perform an in-office procedure that requires no general anesthesia, and may alleviate snoring by shortening, suspending, and stiffening a patient’s soft palate.

The five leading sleep disorder specialists who joined the Zelegent Clinical Advisory Board are:

Peter Catalano, MD, FACS, FARS, Chief of Otolaryngology, St. Elizabeth’s Medical Center, and Professor of Otolaryngology at Tufts University School of Medicine, in Boston, MA. Dr. Catalano has presented more than 300 lectures on ENT surgical topics in more than 60 countries. Dr. Catalano is a consultant to many medical device companies and is an opinion leader in rhinology and surgery for snoring and sleep apnea.

Michael Friedman, MD, Chairman of Otolaryngology–Head and Neck Surgery at Advocate Illinois Masonic Medical Center in Chicago, IL. Dr. Friedman is also a professor of Otolaryngology at Rush University Medical Center. He has published more than 200 scientific articles, book chapters, and textbooks on snoring, sleep apnea, and thyroid and parathyroid surgery including what some consider the field’s definitive textbook, Sleep Apnea and Snoring: Surgical and Non-Surgical Therapy. He serves on the Sleep Disorders Committee of the American Academy of Otolaryngology.

Sam Mickelson, MD, FACS, F.ABSM, Director, Atlanta Snoring and Sleep Disorder Institute and Medical Director, Advanced Sleep Laboratories, Atlanta, GA. Dr. Mickelson is one of the most widely published sleep, snoring, and OSA researchers in the world, and one of the most sought-after sleep disorder specialists of the Southeastern United States. He is a past chairman of the Sleep Disorders Committee for the American Academy of Otolaryngology and continues to volunteer his time on its behalf.

B. Tucker Woodson, MD, Professor and Chief of the Division of Sleep Medicine at the Medical College of Wisconsin, in Milwaukee. Dr. Woodson is also the Director of the Froedtert Hospital/MCW Sleep Disorders Program, and an internationally recognized expert in Obstructive Sleep Apnea. Dr. Woodson has served on multiple International and National Committees of the American Academy of Otolaryngolgy, American Academy of Sleep Medicine, and is past President of the International Surgical Sleep Society. He was the representative of the American Board of Otolarygology to the Examination Committee for the development of ABMS Sleep subcertification. He has published more than 150 articles, abstracts, and book chapters on sleep medicine and surgery.

Zelegent has joined EvoNexus, a highly sought-after technology incubator with locations in San Diego and Irvine. Zelegent, Inc. is one of 55 companies in the program, selected from 1,060 companies that went through the application process. In the six years since its inception, EvoNexus companies have collectively raised $231 million in funding, created over 1,000 jobs in Southern California, and generated $379 million in acquisitions. Zelegent, Inc. moved into EvoNexus Irvine office space on May 8th, 2015.

The clinical trial data that Zelegent will present next week include post-op and 4-6-month follow up results from 45 subjects treated for snoring with the prototype version of Zelegent’s first device under a Western Institutional Review Board approved study protocol at the New York Head and Neck Institute. The endpoints include improvements in quality of life and sleep quality, and the elimination of snoring. The quantitative results will be unveiled at 3:00 pm Central European time on June 8th at the 3rd Congress of European Otorhinolaryngology and Head and Neck Surgery (ORL-HNS) in Prague, Czech Republic (https://www.europeanorl-hnsprague2015.com) by Dr. Yosef Krespi, Chairman of the Board of Zelegent.

“We are honored that some of the world’s foremost sleep disorder experts are advising us on our technology and participating in the refinement of our device,” said Alexander K. Arrow, MD, CFA, Chief Executive Officer of Zelegent, Inc. “We are fortunate to be one of the few companies accepted into the EvoNexus Irvine incubator program,” Arrow continued, “with the many advantages that brings us. And finally, we are delighted that the European Otorhinolaryngology and Head and Neck Surgery conference selection committee chose to feature the Zelegent pilot clinical trial in its 2015 annual meeting, where our Chairman, Dr. Krespi, will present next week.”

Zelegent, Inc. (formerly Snorx, Inc.), is a medical technology company that is developing, and plans to manufacture and market, innovative tools for physicians who treat sleep disorders. Zelegent was co-founded by two of the world’s leading authorities on sleep disorders, Dr. Yosef P. Krespi who heads the New York Head and Neck Institute Sleep Disorder Center, and Dr. David O. Volpi, founder of the eos sleep Network (formerly the Manhattan Sleep Center). The company’s mission is to develop and commercialize a novel minimally-invasive surgical tool to be used by sleep specialist otolaryngologists to treat snoring by shortening, suspending, and stiffening the patient’s soft palate, the source of most snoring. The Zelegent tool is an investigational device only and is not for sale in the United States.